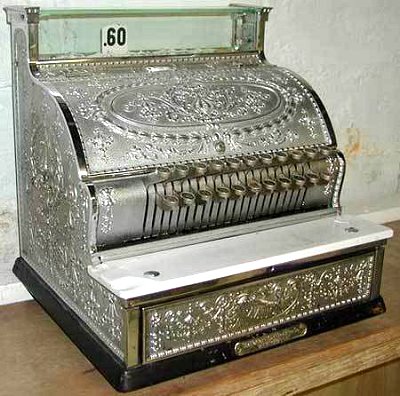 Use the BookTopia link or the ePUB Retail links to download the cheapest editions:

We sympathize with SBPRA but real life authoring is not that simple.
We can live with unsympathetic Muslims howling for our head (no need, apparently, for the rest of the corpus) and what’s left of our blood. But we doubt he can.

At the first hint of Obama applying pressure on the basis of anti-Islam commentary in the second volume of the millennium 3 trilogy: FORTH-Millennium 3, we feel Mr. Fletcher will look to dispense with our book sales.

Even worse, we suspect our good friend Mr. Robert Fletcher will have one or more of his good and obedient professionals run their politically correct eyes over the content of the third volume in the trilogy: MAGOG-Millennium 3. We know, any suggestion of the Pope intervening in its publication will hinder our efforts to get the manuscript through Text Blocking to the Final Print Proof stage. Not yet even in Print!

So you would be right if you think it is with some trepidation that we begin to lift the table cloth away from the embedded truthes in our Fiction Novel Trilogy.

We say nothing here yet of the third book. The first two will potentially rankle with a variety of individuals with what they consider ‘vested interests’.

DARK-Millennium 3: The Witches will not even look, let alone look with horror, until their elevated sympathies are aroused. They will hate that we introduce their celebrated Earth Mother goddess in its pages, trapped in Hell, the Dark Spirit Prison, where she had been for five thousand years. Christians will not even notice until their attention is directed to it… the story line presupposes that Christianity is true. Not their version but the correct view which obtains under the further light and knowledge of the Gospel taught by the Mormons.

It will be anathema to the conventional Christian Churches that their pagan dogma, derived largely from Roman and Greek mythology and their cursed ‘philosophies of men, mingled with scripture’, has no place in God’s Plan of Salvation.

FORTH-Millennium 3: “Islam will abhor” we said in the promotional video clip. Islam hates and is terrified by any true statement of their detestable religion that does not come from their own lips. Jihad is shown in FORTH-Me3 to be not the happy pastime of extremists but the necessary obligation of all Muslims who do not exhibit, “Some of the qualities of a hypocrite.”

The LDS Church also might erupt as one. Not because they should but because that’s what happens when people complain about what they hear instead of what they have read. Mention of ‘plural relationships’ between priesthood holders and females, in the Realm of Light, which identifies as Paradise, has been found to be offensive already. “Too revealing”, is the complaint. We found it to be within the economy of God’s wisdom to associate the females there with an advanced priesthood holder, to the ratio of something like five thousand to one.

The ‘Churches’ envisage no such economy, however, we see no difficulty in it. The concept is true to the Doctrines of Salvation and we have merely invented characters and dialogue, to bear out the extremely subtle windings of the plot. We leave true Christian doctrine untouched.

In FORTH-Me3 we also wipe out five and a half billion people, observe the Second Coming of Jesus Christ and the Resurrection at that time. We witness Armageddon and the Holocaust from the unique perspective at the other side of the Veil of Death. We see the veil, “bulge and bring forth clumps of the dead, almost falling over each other”, as they die en mass in the mortal world.

Promotion and Marketing:     Not enough has been done to promote our books, we admit. There are several logical reasons why this is so. For one, “It tairks gorld ta mairk gorld!” Gloin, son of Gimli. (sp) Another issue is the impossibility of selling any number of books in Australia. The entire national population comes to twenty three millions. How does this compare to China (Population 1.2 Billion), India (1.3 Billion) or Russia (1.2 Billion)? This has been the main reason why we have funded the participation of our books in the SBPRA arrangement to attend ALL International Book Fairs and EXPOs. Compared to the EXPO Circuit, promotion in Australia brings back zero return on investment.

We do participate in other marketing initiatives. Each book begins life as a Print Copy, standard size and paperback edition. Immediately though, we fund the production of an Amazon.com Kindle Edition and a Barnes&Noble.com Nook Edition. Finally we obtain the production of a Multi-Compatible eBook edition by ePUB Co., a division of our publisher SBPRA. The eBook edition can be downloaded directly to PC, Laptop, Smartphone, Tablet and whatever comes on the market, without needing a specialized e-Reader.

The trilogy: So we are out there. All that has been invented by the author comprises the characters, dialogues and the next thousand years of Human History.

If the Plot Scenario, as a theme, is not possible, then Christianity is false and a fraud, because we have invented nothing there. Love it or hate it, “Every creature that hath within it the breath of life must die”. We know Islam and Conventional Christianity will hate the entire trilogy.

But yes… we don’t reveal why until book three: MAGOG-Millennium 3.

If you think you hate books One and Two, you will burn at the stake the author of book Three.

But we are still trying to get that out there right now!

Use the BookTopia link or the ePUB Retail links to download the cheapest editions: